Saving Soles (and Souls) Her Flock has Faith

“So this is your office?” I ask. “I cleaned it up,” Fowler says. “Can you smell the Pledge?” I glance around a nearly empty room, just bookcases, a desk, a picture of Jesus. I ask, “Is your home like this, too?” “Yeah,” says Fowler, “except for the Pledge.”

Faith Fowler, 55, is not your typical pastor. She is funnier. And more blunt. And, Lord, does she get things done. Tireless, humble, with a shock of white-blonde hair and a cackling laugh that sounds like a parrot being roasted, she houses people, feeds people and has created 85 full-time jobs for once-struggling Detroiters who now, among other things, turn old tires into sandals.

She is the most important currency of our city, a loving, egoless, inspiring leader who doesn’t see color, doesn’t see class, who looks at our poorest, most neglected citizens and sees only hope and opportunity. And humor.

Twenty years ago, on her first day on the pulpit at Cass Community United Methodist Church in Midtown Detroit, she prepared a sermon and delivered it with passion — until an older woman in the back interrupted her with a scream.

“Hey, lady! We’re out of toilet paper!” It’s been only up from there, according to Fowler.

The need for jobs in the city

She is often the only white face at the funerals she officiates or the church groups she addresses. It doesn’t faze her. Despite being called Faith (“Someone once asked if that was my stage name,” she says), Fowler had to push her way to the pulpit. She grew up the daughter of teachers, and when she was 13, she shyly told her youth pastor she felt destined to become a minister.

She became one anyhow. You can’t talk Faith out of anything. She ignored people warning her to stay out of inner-city Detroit, to stay away from the poor, the addicted, the developmentally disabled.

Instead, she embraced them all. She offered them dignity. She started a culinary arts program, a warming center. She created a Miss Cass pageant after being told that many of her challenged congregants never had a milestone to be proud of.

Eight years after coming to the church, she founded Cass Community Social Services, which has blossomed into one of Detroit’s most effective and original charitable agencies—creating everything from apartment buildings for transitional clients to a green warehouse turning the city’s garbage into retail products, from doormats to sandals that are selling online around the world. 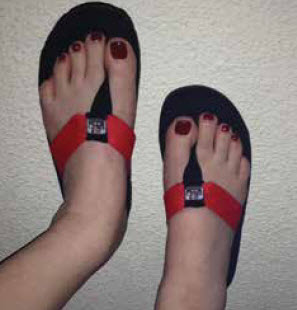 The organization collects illegally dumped tires from vacant lots around Detroit and turns them into virtually indestructible mud mats and Detroit Treads Sandals that have a Detroit Tigers Old English “D” stamped on the bottom. By repurposing these cast-offs, 85 previously cast-off individuals have meaningful permanent jobs linked to sustainability. Items can be purchased at CassCommunity.org.

“Just seeing how happy the people are who have jobs, that’s the best part,” she says. “We actually got some criticism, because when we bought the ware-house, people wanted to help us hand out furniture and clothes and stuff.

“Well, to be honest, I can get that stuff for them in a lot of places. What I can’t get them is a job.”

A chance to help her mission

Fowler inspires. She employs. And now she has written a book, “This Far By Faith” (available at Amazon.com). Not to crack the best-sellers list. But to do what she always does: raise money and awareness for her community. The chapters are far less about the reverend than the assorted people she has dealt with over 20 years.

The thing is, the book is great. Funny. Insightful. Heart-wrenching. The book was given to all attendees at a launch party that is so atypical of this woman, it was worth going just to see her embarrassment.

But it’s worth it for another reason: to realize how many good people in Detroit labor every day, without attention, without regard to race, status—sometimes even safety—to lift up the neediest. When she speaks around the state, Fowler points out that rural areas have poverty and addiction, that other cities have crime and homelessness. It takes the stigma off of Detroit.

“I think the recession made people see that so many circumstances are beyond your control—that even if you’ve done everything right you might lose your job or your house,” Fowler said. “And it began to dawn on them—that’s what happens with poor folks.”

She will be embarrassed by this column, or by my revealing that she drinks Diet Coke for breakfast, writes her sermons late Saturday night or has been robbed multiple times by crack-house neighbors (some of whom think she is “a nun”) and still isn’t going anywhere.

The sandals her folks make have an Old English “D” in the sole, to leave an imprint on the Earth—much as Fowler has. Read her book. You can get information through CassCommunity.org.

Laughter. Faith. As her flock would attest, it’s hard to imagine life without either of them.

—Mitch Albom is a columnist for the Detroit Free Press and the author of several best-selling books including “Tuesdays With Morrie “ and “The First Phone Call from Heaven”.