E-Waste State of the Union: Recycling Facts, Figures and the Future 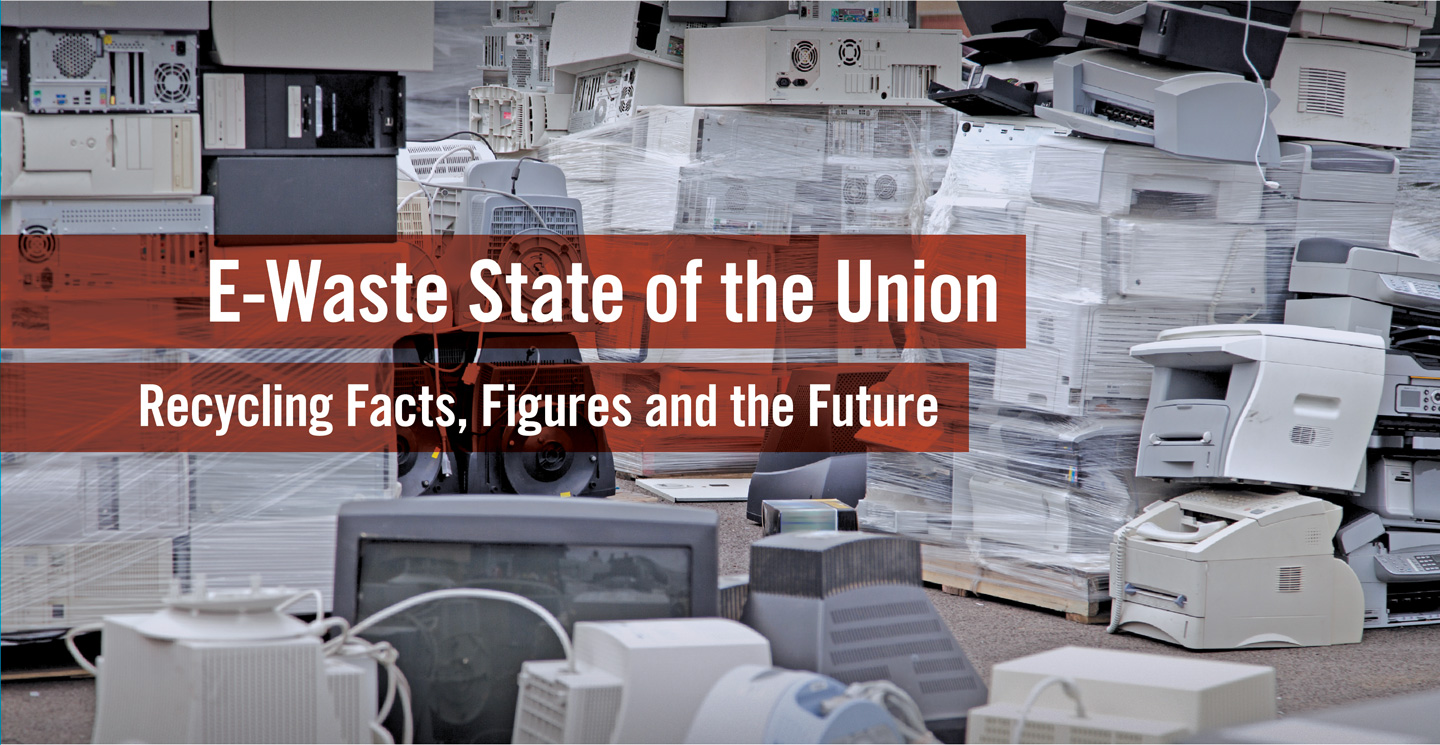 The need for both a domestic and global solution of collaboration and reform has never been greater.

It’s that time of year for the State of the Union Address where the President gives us an overview of how far we’ve come and where we’re headed. It’s also the perfect time to do a state-of-the-union deep dive on electronic waste. Why?  Quite simply, e-waste is one of the fastest growing segments in the municipal solid waste stream. Although nearly 100 percent of e-waste is recyclable, the current recycling rate of e-waste is not promising. The need for both a domestic and global solution of collaboration and reform has never been greater.

It’s that time of year for the State of the Union Address where the President gives us an overview of how far we’ve come and where we’re headed.

It’s also the perfect time to do a state-of-the-union deep dive on electronic waste. Why?  Quite simply, e-waste is one of the fastest growing segments in the municipal solid waste stream. Although nearly 100 percent of e-waste is recyclable, the current recycling rate of e-waste is not promising. The need for both a domestic and global solution of collaboration and reform has never been greater.

Currently, the items that can be recovered from e-waste include traditional constituents such as plastics, metals, and glass. However, with newer technologies come the addition of newer materials that could pose potentially serious health and environmental risks.

But to get a roadmap for the future, sometimes it’s wise to take stock of where we’ve been. So let’s have a look at some useful current and historical facts and figures about e-waste recycling:

• Only 6.5 million tons of total global e-waste generation in 2014 was treated by national electronic take-back systems.

• The StEP (Solving the E-Waste Problem) international initiative forecasted that by 2017, the world will have produced about 33 percent more e-waste, or 72 million tons (65 million metric tons). That amount weighs about 11 times as much as the Great Pyramid of Giza. (Tanya Lewis, “World E-Waste to Grow 33% by 2017,” livescience.com, Dec. 2013)

• According to United Nations reports, only 16 percent of total global e-waste generation in 2014 was recycled by government agencies and companies sanctioned by industry regulators.

• According to a recent report by EPA, every day, we are to get rid of over 416,000 mobile devices and 142,000 computers either by recycling or disposing of them in landfills and incinerators.

• The EPA report also stated that e-waste represents only 2 percent of the solid waste stream, but the amount accounts for 70 percent of the hazardous waste which is deposited in landfills.

• There are more mobile phones in existence than there are number of people living on Earth. Based on the number of active SIM cards in use, there are more than 7.2 billion mobile devices being used, while there are less than 7.2 billion people on the planet. The growth rate of mobile devices compared to the population growth rate is five times greater. (Kimberly Button, “20 Staggering E-Waste Facts,” earth911.com, Feb. 2016)

• Plastics in e-waste can be recycled into garden furniture. Battery components can be reused in other batteries. Metals can be used in jewelry and automotive parts.  (Earth911.com)

• Another EPA report reveals that by recycling one million cell phones, we can recover more than 20,000 lbs of copper, 20 lbs of palladium, 550 lbs of silver, and 50 lbs of gold.

• In 2016, the worldwide e-waste average was 13.5 pounds per person, or 54 pounds for a family of four. But in the U.S. or Canada the figure was 3.3 times higher. And the global trend is surging. By 2021 there will be a 17 percent increase, making e-waste the fastest growing part of the world’s domestic waste stream, according to the study. Put simply, the study found that rising incomes and falling prices on electronic goods was driving the rising amount of e-waste. (Laura Beans, “Electronic Waste Study Finds $65 Billion in Raw Materials Discarded in Just One Year,” www.ecowatch.com, Dec. 2017)

• Compared to disposal in landfills or by incinerators, reusing or recycling computers can create 296 more jobs per year for every 10,000 tons of computer waste processed.

• Cell phones contain very high amount of precious metals such as silver and gold. Americans throw away approximately $60 million worth of silver and gold per year.

• According to EPA, the excessive amount of lead in e-waste, if released into the environment, could cause severe damage to human blood and kidneys, as well as central and peripheral nervous systems.

• Each year, globally, around 1 billion cell phones and 300 million computers are put into production.

• According to the EPA, recycling 1 million laptops saves the energy equivalent to the electricity used to power 3,657 U.S. homes in a year.

• Around 40 percent of the heavy metals in U.S. landfills come from old and discarded electronics. If the recycling rates for gold (15%), silver (15%) and platinum (5%) increased to 100%, it would enable the electronics sector to realize $12 billion in natural capital and financial benefits.

• Roughly 80 percent of e-waste generated in the U.S. is exported to Asia, a trade flow that is a source of considerable controversy.

The Road Ahead – Recycling Challenges

All of these facts and figures should surprise no one—especially for investment recovery professionals faced with mounting e-waste challenges. Besides the increased volume and security issues surrounding e-waste that we all contend with, new problems are facing the recycling industry as a whole.

Did you know that by 2020, there will be an estimated 50 billion digitally connected devices in the world, compared to today’s 15 billion? Computers, smartphones, and tablets top the list, with wearables as the new hot product to flood the digital device market.  As consumers, we can look forward to added convenience and connectivity, as recycling advocates…not so much.

At the 2017 International Electronics Recycling Congress in Salzburg, new e-waste challenges were identified and discussed. First of all, products are designed with built-in reparability and recyclability. As Jonathan Perry, Producer Responsibility Compliance Consultant at computer manufacturer Dell, at the IERC press conference explained,

“The batteries of our laptops are easily removable and we use recycled plastics from recycled electronics in our housing parts, effectively closing the materials loop. Our experts are looking at future design as well as recycling technologies to ensure that our products remain highly recyclable.”

But new products mean new materials – and that’s when the headaches start for recyclers. “Apart from the increasingly complex materials, composites of mixed materials, the known legacy heavy metals and halogenated flame retardants, new additives are also beginning to emerge, such as nanoparticles, presenting recycling enterprises with new challenges,”

He also added that limited research has been done into some of these newest materials with respect to how they behave in traditional recycling processes. One of the biggest unknowns is the potential for danger to both the environment and industrial safety. Just consider the traditional shredding or other size reduction processes. We simply don’t know if new handling procedures will have to be implemented…and at what cost? Adding to the problem is that many of these new additives are kept secret as proprietary information, so recyclers could be clueless as to what’s in this new generation of e-waste.  (Source: waste360.com)

In 2016, Apple took a whole new approach to the traditional method of shredding. As most of us already know, when sending discarded e-waste through the grinder, it limits the quality and quantity of materials that can be recovered. So Apple developed an R&D project focused on disassembly technologies (a robot named Liam) that can take apart components for recycling. Apparently, Liam stands for Liberate iPhone Auto-disassembly Machine, but there seems to be some debate about that. Despite its name, the automated system proved successful in its pilot stage and has the capacity to disassemble 1.2 million iPhone 6 units per year. (Source: www.apple.com)

According to Apple’s 2017 Environmental Responsibility Report,

“We’ve already begun using the reclaimed aluminum to build new devices. We took aluminum enclosures Liam recovered from iPhone 6, melted them down, and reused the material to create Mac mini computers that we use in our iPhone final assembly facilities. We wanted to show it was possible to use our own scrap to build new products.”

It’s obvious that Liam the Robot represents Apple’s investment and commitment to pre-processing technologies. Hopefully, others will follow as further innovation is needed from the broader industry to move the needle forward. But the industry is one thing, and uniform regulatory statutes are another.
(Source: www.zdnet.com)

E-Waste and Lack of Regulatory Consensus and Control

There is no U.S. federal law that requires the recycling of electronic waste or prohibits it from being exported to developing countries. Some in Congress have tried to pass a bill that would make the overseas dumping of toxic e-waste illegal, but the Responsible Electronics Recycling Act (RERA) has been stuck in a House subcommittee for more than two years.

An existing law, the federal Resource Conservation and Recovery Act (RCRA) does cover some toxic electronic waste, but according to the Electronics TakeBack Coalition (ETBC), virtually all electronic components that are being exported for recycling are exempted. The only exception, as of December 26, 2014, is the federal CRT (cathode ray tube) Rule, which led to the much-publicized prosecution of a single Michigan e-waste trader in March 2015.

That’s it, legislatively, at the federal level. The EPA facilitated discussions between 2001 and 2003 to try to reach consensus on what could be a national e-waste law, said Scott Cassel, chief executive officer and founder of the Product Stewardship Institute, but without success.

“By the end of that process, there were a number of policy options on the table,” according to Cassel, “but the electronics industry could not come to an internal agreement on what it wanted. That resulted in no national agreement, and the issue was thrown back to the states to develop their own solutions. But no one state model emerged. And manufacturers are still not on the same page as an industry because of competing interests.” (Source: www.knowledge.wharton.upenn.edu)

With the current administration and its uncertain future with the EPA, the e-waste problem could get worse before it gets better. However, with manufacturers working in tandem with state regulators, some solutions could be on the horizon in 2018.

“How and Why Apple’s Robot Liam Dissembles iPhones,” www.zdnet.com, Apr. 2017

“How U.S. Laws Do and Don’t Support E-Recycling and Reuse,” www.knowledge.wharton.upenn.edu, Apr. 2016

Brought to you by: 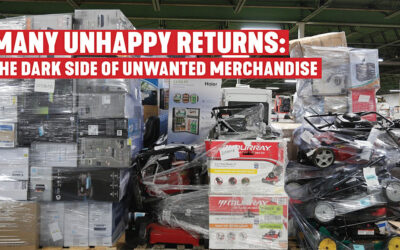 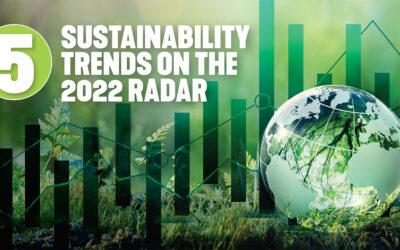 Five Sustainability Trends on the Radar for 2022

Hello Sustainability 2022!  The importance of sustainability for consumers and organizations has only been growing...and getting bigger. Who is driving this “sustainability is in demand” movement? Mostly younger consumers who are making purchasing decisions in favor... 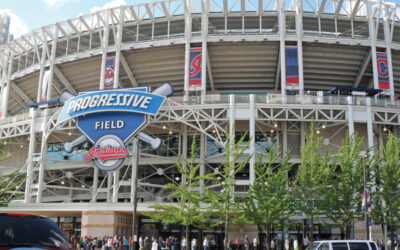